Wow, this Aaron Swartz documentary is great, well worth a watch ->

hah, nice counterpart to all the recent good, but hyperbole books i've been reading (What The Dormouse Said, and Dealers Of Lightning) - 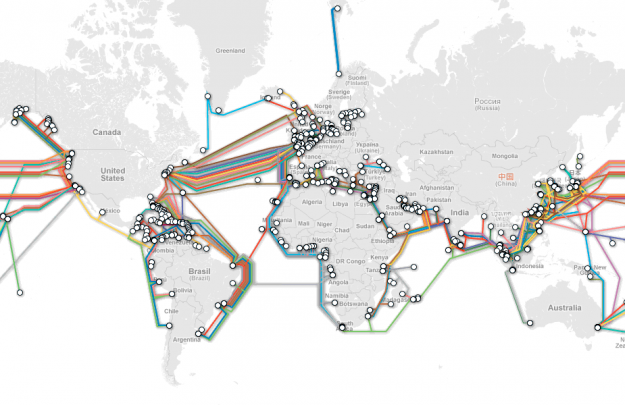 Ever since reading Neal Stephenson's Mother Earth Mother Board article, I've been quite fascinated with the undersea cables which physically connect the land masses of the world. This map, linked above is an amazing view into this part of the Internet's current infrastructure.

Excellent timeline of the Internet‘s evolution from 1962 till the present day..